Valuation of an unprofitable service?

I’ve come across a service (mobile apps and site) that the owner is looking to sell or shutdown as they can’t afford the hosting costs. It’s B2C with most users being free, and a few premium (monthly subscription) users. The site has affiliate links to related products as well, but the income from those is minimal. The app has around 500k downloads, so there is potential for monetisation there - but of course potential doesn’t mean profit

Anyway, the owner has given me an initial number, and it seems a lot higher than what I was thinking. I haven’t bought any sites before, so I’m not really sure how much it should be worth. The only formulas I have seen are based on the monthly profit of SaaS products which is a bit different to this.

so I’m not really sure how much it should be worth. The only formulas I have seen are based on the monthly profit of SaaS products which is a bit different to this.

The profits formula would mean the owner pay you to take over the service. Suggest it - as a starting point, anyway.

If I were you, I’d think how much money I could realistically make from this service.

Then cut it N times and offer that price. If the owner doesn’t agree, move alone and let them bleed their money.

Agree with @rfctr - the only real valuation I would support is “N times monthly profit”. If that’s negative, the value is zero. Don’t buy potential unless you’re SURE you can DRASTICALLY cut costs or increase revenue. Otherwise, you’re just gambling.

There are thousands of apps and sites available for sale, which have some revenue, and a clearer potential for improvement. Spend a couple of days looking around Flippa and that’ll give you some context for this particular deal.

This relates to what @coreysnipes said, and I know nothing of what the business you’re thinking of is, but the details you did disclose reminded me a bit of the pain I’ve watched (from a distance) Justin Williams, an iOS developer among other things, go through in his acquisition and subsequent shuttering of Glassboard, which was a messaging app a bit like Slack or HipChat. (To the good, the cost are revenue structure of the business you’re outlining seems pretty distinct from what it sounds like Glassboard came with.)

He’s written a series of posts about it that may be interesting to folks here:

Thanks guys! I contacted the owner yesterday to ask for more stats, but he hasn’t got back to me. Thinking about it now the whole thing seems a bit suspicious. He released a new version of the app a few weeks ago, then last week said it would be shutting down at the end of the month unless he can sell it or get enough subscribers to pay for it. He has been running it for 6 years, and the only attempt at monetising it over then has been selling a premium version, and last week he decided to add premium subscriptions.

The class of app is definitely a need people have, there are a few other well known apps in the same category. This isn’t quite up to the same standard of prettiness, but has better features that the die-hard fans love. On the Google Play store the apps have 5* reviews and people begging not to shut it down. The other apps in this category have the premium subscription model, so if it works for them I don’t see why it can’t for this. In terms of costs the backend runs on AWS and uses DynamoDB and RDS which are crazy expensive for what you get - I’d move these onto systems I manage (which is what clients pay me to do), which would easily cut the costs in half, if not more.

I’ll post an update if he get’s back to me, but I think you are right there are better investments out there.

There are thousands of apps and sites available for sale, which have some revenue, and a clearer potential for improvement. Spend a couple of days looking around Flippa and that’ll give you some context for this particular deal.

Any tips on how to find legit stuff? I’ve looked over Flippa before but pretty much everything just seems to be a scam (buy this site for $50 that has profits of $10,000 a month!).

There was a business broker at MicroConf. Thomas Smale of http://feinternational.com/. He talked about valuing businesses. Not sure if his slides are on line. But he seems very knowledgeable and approachable. Might be worth talking to him and possibly employing his services to broker a deal?

In the absence of profit he’s probably using cost as the basis for his valuation. How much it cost him to build it. How much time he’s put in to it.
If you think you can make it profitable then I’d low ball him. At the end of the day it’s only worth what someone will pay. He can chose between your offer and nothing.

Any tips on how to find legit stuff? I’ve looked over Flippa before but pretty much everything just seems to be a scam (buy this site for $50 that has profits of $10,000 a month!).

I haven’t spent a lot of time in this area, myself. I like to browse around on flippa and https://www.sideprojectors.com now and then, but maybe someone with actual experience buying & selling can chime in. I tend to favor the listings that provide the most information - traffic & income data, thoughtful and well-written description, replies to questions. e.g., this one 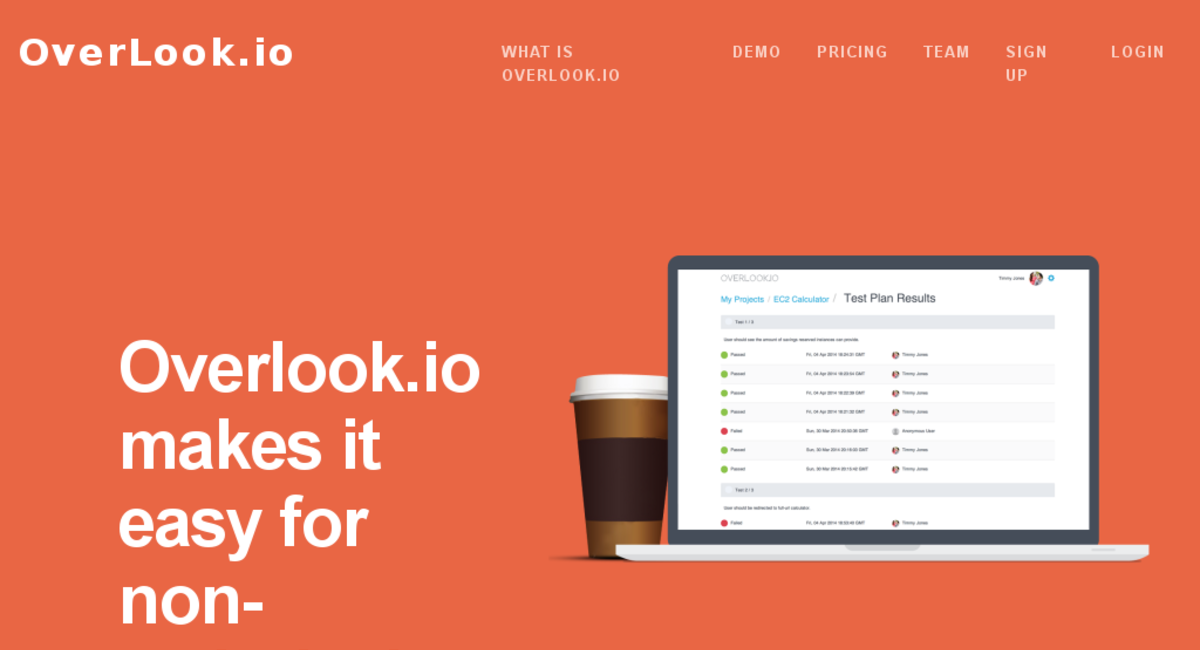 The founder even posted it here months ago. Small world.

If you only do things when you’re 100% sure they will work, you won’t get very far.

I think the best strategy is to take calculated risks. Which is basically what @rfctr is suggesting.

This is an interesting case to discuss - the sales page look tidy and well polished. The application seems to have had more then $2700 sunk into development time. So could be a bargain for someone that knows how to sell this, or who is confident that they could market the application successfully. 150 free users is a reasonable amount, and it might just be that the plans need adjusting.

On the flip side, the seller is “loosing” money on the source code and development time. However he gets some money back from selling the code, no ongoing costs, provides a better experience to existing users and, more valuable then money - time with the new family.

I’m sure everyone is aware of what I’ve said above. IF I had some time and some $$$ lying around I’d be interested in picking up a service like this. As a developer part of how I value a service like this would depend on the source code. With cleaner code, test suites etc I’d be willing to pay more for the application then if it was just source code with little documentation.

This is an interesting case to discuss

Arguably, we should have done it in a separate thread. But whatever.

I wouldn’t buy it at the given price. Contrary to what is claimed, I do not believe the path to profitability is clear. At the same time, I believe the path to revenue exists, I just don’t know if the revenue would be large enough to cover the expenses.

I may be wrong, but the set of used technologies makes the hosting overly expensive. The application is essentially a set of checkboxes per project (PASSED/FAILED).

Why then does one need to deploy it to Heroku? Heroku is expensive, AFAIK. $5 VPS at DigitalOcean should be sufficient, IMHO.

Why MongoLab? Even if it uses a free tier for now, I do not see why a local MySQL couldn’t do the job.

Instead of paying $2700, I’d rather pay a good PHP developer on oDesk to reproduce this app ($2700 would cover some 100-200 hours, which should be enough). Of course, the marketing had to be started from scratch, but the original app is not having a massive following yet; not much of a loss.

But then, again, I have zero experience picking up an application and market it.

Well, this is better than I thought. Scratch my “recreate with PHP” idea.

For those who might be interested, I wrote a ebook about buying businesses on Flippa in 2012. Since it’s not profitable, based your price on their costs may lead to stress on your side because what the seller thinks is valuable isn’t what the market values (in my observation of Flippa deals). Generally, the Flippa market likes to work off of the profitability number first, gross revenue second. After that, the interest drops considerably.

Because the site isn’t making money, you have to work with less tangible data and come up with something you can live with. Whether the seller can live with your number as well depends very much on how desperate they are to get rid of it and how attached they are to the perceived value of it. Some people are just stubborn and won’t part with it at any price other than their “official one” and that’s just how it goes.

More on it here: http://howtobuyawebsite.org.

EDIT: MicroConf Europe had Thomas speak about this and here are Christoph’s notes here: http://www.it-engelhardt.de/thomas-smale-how-to-build-an-app-you-can-sell-microconf-europe-2014/

His thoughts are similar to mine–rational buyers won’t purchase a business that doesn’t have MRR of some kind.

So regarding the original product I talked about, the guy didn’t take it offline as he said he would, he ended up getting 20% of his goal users to signup for a premium subscription, which based on my calculations would be just about enough to make it break even vs hosting costs. I’m wondering now whether this was just a tactic to a) get people to signup for a premium subscription and b) see what the interest is in selling the company

Thanks for the info @daverodenbaugh, the book looks interesting. Did you get the Wordpress plugins you currently sell from Flippa? If so what state where they in when you got them?

I did get both of them there (one directly, the other indirectly later). They were in a terrible state when I bought them. But they were making some revenue (both of them), and there was a reasonably clear path to profitability because:

Example: The upgrades were sold via PayPal donate buttons that required you to manually email the author to get the plugin after the sale. Gack! Just fixing that alone was a 3x increase on sales the first few months.

In the words of @FrankHarper above, this was a calculated risk but one I felt I could handle.