Recently I stumbled upon giveawayoftheday.com.com and sharewareonsale.com. Does anyone here has any experience with those websites? Are they worth it, do they bring any sales?

I’ve used both and they didn’t generate any sales at all. Pretty sure the only people who go to those sites are literally only there to get the freebies and move on.

SharewareOnSale sent me a report after my promo with them: 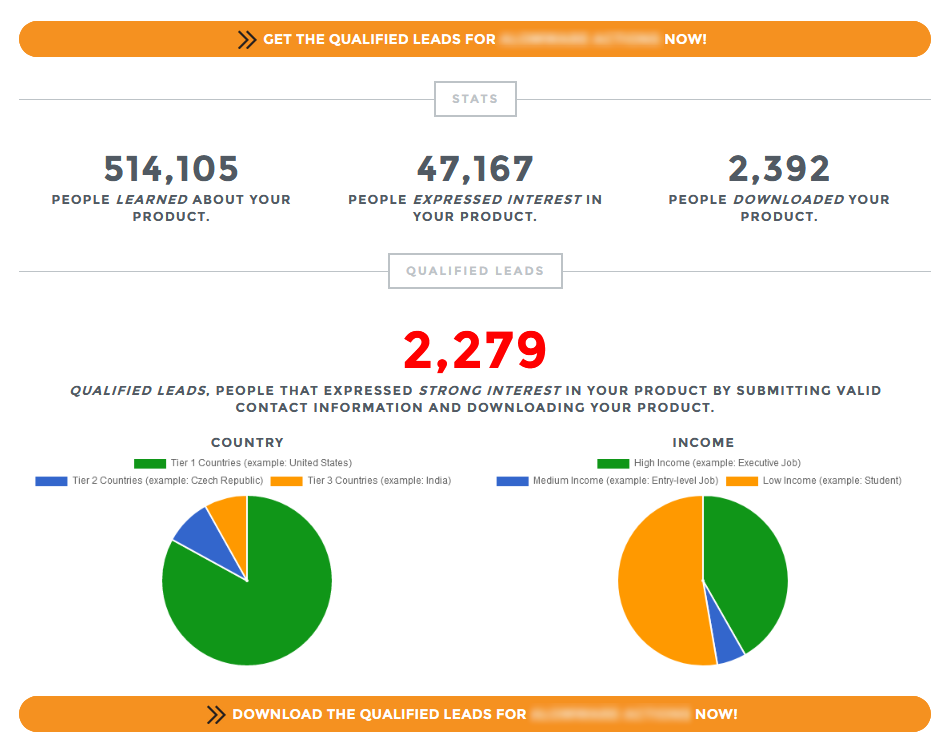 As you can see, my app was (apparently) exposed to just over half a million people (514105) but only 2279 were interested enough to register their emails and download it. Of those that downloaded, I sent follow-up emails (with unsubscribe instructions) with an offer to buy it at 50% off, but most of them just unsubscribed, and I didn’t hear back from a single person. Nobody took up the 50% deal either.

So was it worth the time and effort? No way. It wasn’t that easy to set up either, with a lot of back and forth between the companies and myself to “fix” my app to their standards.

500k people learning about a product from such a site sounds more than a little dubious.

I see https://www.giveawayoftheday.com/ tries to trick you into downloading ZipRAR and is also pushing cryptocurrencies. Best avoided I think.

I also tried GiveawayOfTheDay.com and had zero sales from them, too.

Side-story: a lot of users who get your apps from those sites are not very computer-savvy, and make dubious claims about your software. One of them, for example, claims my app changed his PC’s “type direction” from English to Arabic (left to right). What a load of baloney.

For TimeSnapper.com we’ve done promotions through a few “daily deals” site over the years, not that one though. They generally caused a dozen or so sales, and were worth doing only as a learning exercise.

I plugged giveaway of the day dot com into the “siteworthtraffic” estimator, see Calculate Giveawayoftheday.com Traffic Worth and Revenue

How much is worth giveawayoftheday.com ? Free website value and traffic analysis report.

And it reported “roughly 84,656 unique users each day”. I think their 500K number would be based on visitors plus people that are subscribed to their email, possibly not taking into account how many actually read the email.