Anyone experiencing a slowdown after the US elections?

It could be coincidence, but my SaaS has experienced a significant slowdown after the elections, both in terms of sign ups and new subscribers. I know things naturally slow down leading up to the holidays, but this was a very noticeable drop that started on November 8th.

Anyone else experienced this?

Things seem to be holding steady on my end.

Can I ask a few questions?

The “slow down” rule is mostly true with B2B sales, especially if you have multiple decision makers/approvals, like in the enterprise (approvals don’t happen with everyone out on vacation). However, there are some areas where there is a pick up during the slow down, most notably by/from businesses driven by an increase in consumer spending (e-commerce, etc.). So it really depends on who your target market is and what they’re doing right now (is their business picking up or winding down, etc.).

I went on a news fast after the elections so I don’t know what the overall climate is, but one of our clients, who is a therapist, said that the week after the elections was their busiest week ever, with several patients requesting emergency sessions. That made me think that the slowdown could have been caused by people freaking out and not being in the mood to start something new.

Whatever it is, I hope it’s temporary!

Thanks for the background info - that helps put things into context. I don’t know if any of this is helpful/useful, but I can see one of two things contributing.

But yeah, because you’re in the health and wellness space, I could see something going on there if they’re dependent on health insurance.

I would reach out to a handful of customers you’ve worked with closely (via support tickets, etc.) and maybe just ask them their take on how potential upcoming/rumored changes to health care laws may impact their businesses.

Other than that, the DOW broke 19,000 so it seems like (for right now anyways) things are on the up and up from a market perspective.

Kris Rusch wrote about this:

According to many articles I found, retail spending is always down in an election year—until Halloween. For example, Greg Tunney, the president and CEO of R.G. Barry (a shoe company) said this to an industry blog in March:

I’m always careful in an election year when we do budgets to be very conservative right up until the first week of November….Election years always have a negative effect on retail performance with the consumer because consumers sit on the fence until they figure out which way the ball is moving.

Retail traffic decreased by 6.1% two weeks ahead of Election Day and dipped 12.9% one week ahead. During election week in 2012, traffic declined by 12.4% compared with the same week in 2011.

However, once the election ends, pent-up demand explodes—probably as consumers are relieved to be free of the election cycle (okay, maybe I’m projecting a little here). 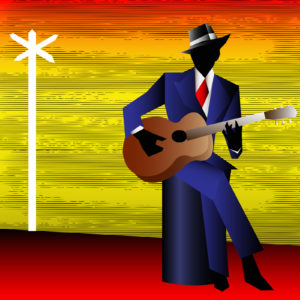 In August, I noted a slowdown in all of our businesses, from the retail stores we own to the books we sell online to the willingness of people to sign up for online workshops. I figured that thi…

Hmm… actually our sales went up dramatically.
But, then, we sell sniper rifles.

I had some of the worst sales ever at the election week. Usually 65-70% of my buyers come from the US, in this week I had almost no US customers, only non-US… It was a horrible drop. B2C image processing tool.