Any good examples of a Wordpress plugin with recurring revenue?

I have a project I have been working on that I am trying to determine the potential for… Whether it is worth continuing with.

One way to turn it into an actual product would be to offer it as a WordPress plugin but I need to run my server to make it work and currently also rely on an external service that is charged on a pay per play model so I don’t want to take on an ongoing expense and maintenance burden for a one time plugin fee.

The alternative I am considering is to make the plugin free but require a subscription for it to do its thing.

Has anyone got any good examples of this model working? Not a plugin as an adjunct to a large saas app, but a plugin doing saas-style recurring revenue for an add-on to the functionality of the customer’s WordPress site?

Thanks for any input!

The Matt Report podcast discusses lots of business models built using WordPress. Here are a few that are about SaaS, though not necessarily selling a pure plugin as SaaS: 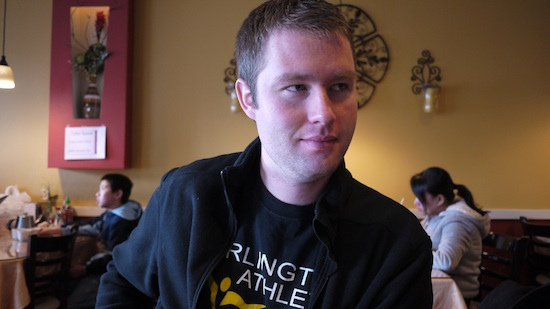 Why a SaaS model might be better than selling a plugin

Want to retire as a freelancer and make money while you sleep? Brian is doing just that with his powerful new SaaS business running on WordPress. Watch now!

ConvertPress are doing this: Offering 4 plugins as a Saas.

Dan and Alex, the founders, make their living mostly from Wordpress services, so I assume they know what they are doing.

Edit 1: If you do decide to go ahead with this, do you mind sharing your experiences (via a blog etc)?

The Wordpress Multi Language plugin Although not monthly, does require an annual fee to use (about $40).

I think they also sell translation services through it as well.

This model is interesting. They are not selling the plugins, they sell what they can do for their audience. The plugins are offered in a package / suite that enables the benefits they sell. From my reading of that marketing site, that they are Wordpress plugins at all is almost incidental.

I went through the purchase funnel for that just now. It is not recurring revenue: it is a one-time price with a year’s free updates tacked-on.

The services sound more like recurring revenue but the plugin I guess works fine without them: they are an up-sell?

Ahh I’m sorry - I thought it was pay every year or you have to stop using it.

Off the top of my head, here are a few recurring revenue WP plugins:

I’m sure there are more, those are just the ones I can think of right now. Of those, Member Mouse is the only monthly recurring revenue model IIRC. The others all involve paying for a year, and getting “support and updates” as a result. That’s the typical model in the WordPress world, to preserve GPL compatibility and avoid any community “strife”. That may not matter to you - it just depends on if your customers/audience are “WordPress people” (who care about that), or just people who happen to use WordPress and don’t care about licensing squabbles.

I’m barely familiar with Pinterest and I’m probably not in your target market, so I can’t speak much as to the viability of your project as a WP plugin, unfortunately. I am pretty plugged into the WordPress community (pun very much intended), so if you have any questions, I’d be happy to answer them if I can.

Thanks @tnorthcutt for those references. That’s super helpful. I actually wrote a whole quora question trying to find this out but didn’t get any useful answers really.

I’d be really curious to know more about member mouse - how the community perceives it, how big it is, drm stuff.

@ahcox my project is a plugin for magento. Same situation - monthly recurring cost but it’s a pure plugin. Magemail.co.

I have a small number of customers but they’re pretty happy and I think it’s going well. Thinking a bit about drm - whether to encrypt the source code. Not in love with that idea but I know for a fact that people steal modules all the time when the source is fully open.

I kind of wish that I had a regular saas product because it would simplify some things. But I’ve thought a lot about it and I feel strongly that it wouldn’t add much to the product but would make it worse in several ways.

Interested to hear more from you on how your project goes!!

I don’t know how big Member Mouse is, but I get the impression they’re one of the bigger membership plugins. Chris Lema might have more insight - you could ping him at “chrislema” on Twitter and tell him I sent you. He’d probably be a great person to ask about your other questions as well - he’s got lots of product experience.

Regarding encrypting the source code: I don’t know what the Magento community is like, but in the WP community, that’s frowned upon. I found out Member Mouse did that after wasting a bunch of time trying to figure out how something was working in their plugin for a project I was using it on, and I was pretty dismayed to learn that. It won’t keep me from using the plugin when it’s a good fit for a client, but it will certainly encourage me to make sure I’m familiar with the other options, and all else being equal, I’ll use non-encrypted code when possible. From a developer standpoint, it’s just really annoying.

By the way, we talked briefly on Twitter recently, when I didn’t realize at first glance that your product was for Magento. I think you know my buddy Daniel Espinoza.

I hope some of that is helpful.

Yes, absolutely remember you from the brief twitter convo, @tnorthcutt! I was excited to see you here, as I didn’t know you were into the bootstrapping thing!

So yes it’s very frowned upon as well, for the same reasons. It’s kind of funny because at the same time, the industry’s dirty little secret is that people abuse licensing heavily. One popular extension which is both expensive and very well built and valuable found that only 2.7% of copies it discovered in the wild were licensed.

So I know there are definitely people who respect licenses, and are perfectly good-intentioned in wanting code not to be encrypted. As a developer for a merchant (my full time job), I’m one of them. I’ve even been given copies of commercial extensions before (without asking for them, just casually talking about something and a buddy sent one to me). And I didn’t and wouldn’t use them out of principle.

But the vast majority of Magento sites out there (and I’d imagine WP as well) simply aren’t like that. And this is true even amongst the most reputable Magento solution partners.

Curious about your experience with Member Mouse - were you able to get good support when you started running into issues?

My approach with this is that I’m very high touch and planning to stay that way with all of my customers. So I basically provide a concierge service for free for all my customers - installation / configuration / resolving conflicts. In most cases, I find existing conflicts in their Magento site (prior to my installation) that they weren’t even aware of.

So basically my goal would be for none of my customers to ever run into the kind of problem that you just described, by being pro-active with support.

Thanks again for the feedback - super helpful. And thanks for the intro to Chris Lema - I was thinking about chatting with him on clarity.fm actually about some of these questions.

In my day job, we are stuck using a membership plugin that’s encrypted. (It’s the best plugin to work with our backend provider.) This has caused more strife than I can say. It makes it impossible to debug. Impossible to make it interact with other components on our site. Impossible to lock down any security issues.

The developer, like you, intended to provide quality support for the plugin. But as he sold more licenses the support plummeted. It takes a week now to get a response from him, and the responses are rarely helpful. He finally hired some assistance but the last time I spoke with them they weren’t proficient enough with the plugin code to be of any use. We pay several hundred dollars each year per domain.

Yes, it sucks when people use your product without paying. But it’s going to happen regardless of what you do. The people who use it unlicensed were probably never going to pay for it anyway.

The people who use it unlicensed were probably never going to pay for it anyway.

Make your product as good as you can for your real customers.

In my day job, we are stuck using a membership plugin that’s encrypted.

But as he sold more licenses the support plummeted.

I feel like this is really the root of the issue. Even if you had a SaaS app with no encrypted source code that was deployed, if your support plummeted, your customers are going to begin to hate you.

So I don’t think this necessarily has to do with encrypted source.

And I know full well that if my support ever did plummet, the community would begin to hate me. I don’t expect to get a pass because of my pretty face. There are several vendors in the community that have absolutely horrible reputations amongst developers.

I care a lot about the developer community - and about my customers - and it’s something that I’m not going to let happen.

The people who use it unlicensed were probably never going to pay for it anyway.

I hear this a lot. It’s one of those statements that has a grain of truth to it but on the whole is just plain false.

I think the truth is that there is a segment of your customers that would pay you anyways even if they didn’t have to.

The whole truth is that making it hard for people to steal stuff is a Good Thing. It’s why doors have locks. It’s why grocery stores have those thingies at the doors that check to see if something got stolen. It’s why SaaS apps have pay walls.

What I will say is that if you go to lengths to protect things from being stolen in such a way that you’re making your customer’s life miserable, you may on the whole be getting less of a return overall than you would if you didn’t make their life miserable and didn’t try to protect your stuff.

But I’m thinking very carefully about how to not make my customers lives miserable.

Anyone who genuinely feels that this is true and has a SaaS app with paying customers, I would challenge to give their customers an option to use the product completely for free (in the same way that a person could use and share unencrypted source code for free) - and just encourage them to pay but don’t force them to.

Until someone does that, I’m not going to give a lot of credibility to this idea.

I know that there are musicians, for example, that don’t charge anything for their music, and they develop a fan base that voluntarily pays them for their work. I think that’s pretty awesome, but also these people make their money on their concerts.

A lot of people I know make their money selling custom solutions but have some modules on the side. They’re in a similar situation. They don’t actually care too much if people steal their product, b/c at the end of the day they’re an agency.

This is an ancient thread, but I noticed a nice article on WPShout about plugin business models.